For the final installment in my “Surprises of Motherhood” series, I asked a fellow #boymom Eleanor Rooke to share what has been the biggest surprise for her in motherhood. I met Eleanor while we were undergrad students at Wheaton College and I wish I would have gotten to know this gem of a person better during that time. Thanks to social media, we have been able to connect during this crazy, stressful, glorious season of raising little boys.

Eleanor is a gifted writer and when she agreed to write a guest blog post for this series I was elated. Keep reading and you will see why.

Biggest Surprise of Motherhood: I (Messy, Disorganized, Imperfect, Me) Am Enough 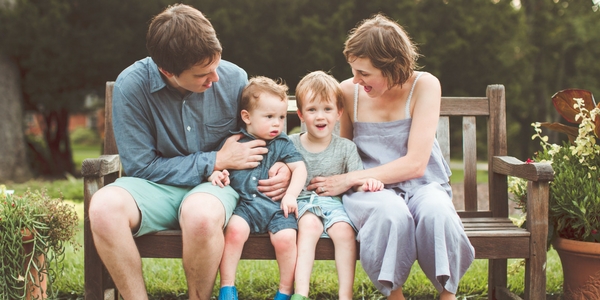 I don’t have it all together.

Honestly, I don’t even have it a little together.

It was easier before children to at least pretend I did. If nothing else, there was time to dust the house, go to yoga class, and actually make the recipes from my Ottolenghi cookbooks. But now, two children later, there are matchbox cars and action figures strewn throughout the living room. The dog hasn’t been walked in a month. Our kitchen renovation took a complicated turn, and we’re currently stove-less, dishwasher-less, and sink-less. We’ve been living off rotisserie chickens and the diner down the street for a week. Worst part is, I’m secretly kind of thrilled I don’t have to wash any pots and pans.

If you let them, Instagram, Pinterest, House Beautiful, and Joanna Gaines can (however unintentionally) give the impression that one needs to be a certain kind of person in order to have children. A certain kind of mother. Preferably you live in a white-walled house kept pristine with essential oils and white vinegar, and you organize your life by daily cleaning rituals and weekly cooking rhythms, and your husband is your best friend, and somehow you always have the time, energy, and imagination to create, explore, and play with your kids. At least, that’s what I believed. 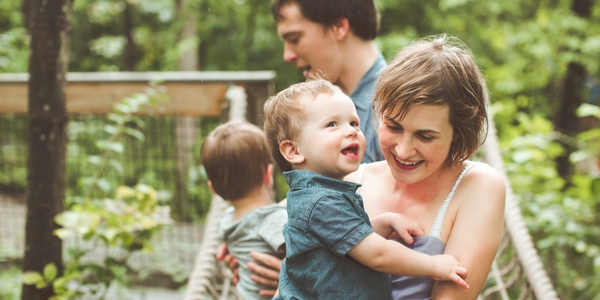 So naturally, I spent my first pregnancy in a panic.

Clay was a surprise, and I felt unready for a baby. At 23 years of age, I hadn’t even decided I wanted to be a mother. Abruptly my attempts at pretending I had it all together became glaringly obvious for what they were: pretense. Scott and I were still adapting to the ins and outs of married life, let alone ready for the adjustment to parenthood. I worked part-time for a breakfast restaurant while Scott drove around in a traveling sales position, and we were counting-pennies-broke. The world of strollers, spit-up, and sippy cups was a foreign land – and I hate to travel. I mourned my youth and the impending loss of freedom, and I feared my certain inadequacies. I’m not a naturally nurturing person (just ask my husband when he’s down with the flu), and babies make me nervous. I genuinely worried I couldn’t love another creature as much as I loved my dog.

I was wholly unprepared for motherhood.

And I like to be prepared. I have cans of food and a Berkey in the basement in case Russia hacks into our electrical grid. I chop and measure and peel all ingredients before I even turn on the stove. And I won’t put pen to paper until I’ve typed two drafts for every thank you letter I send. But no matter how many swaddling blankets I bought for the nursery or books on babies I read (and reread and underlined and highlighted), I was completely at a loss on how to be a mother.

Yet, ready or not – nine months of pregnancy and twelve hours of traumatizing, unmedicated labor later – I was one. The moment they set that little boy in my arms, I became a mama.

Not to say it all became clear at that moment. Holding Clay didn’t suddenly fix our marital problems, or make us richer, or age to me a more mature and responsible 29. It didn’t prepare me for all the sleepless years, and worries, and heartbreak. Another baby later, there are still surprises every day – as Anna mentioned in her post. My marriage has been tested through parenthood in every way – true to what Cyndi told. And I still lose my patience, and make mistakes, and am everyday desperately in need of grace, as April described. But holding Clay did make me, in that moment, a mother – then and forever. Which was enough. I am enough. 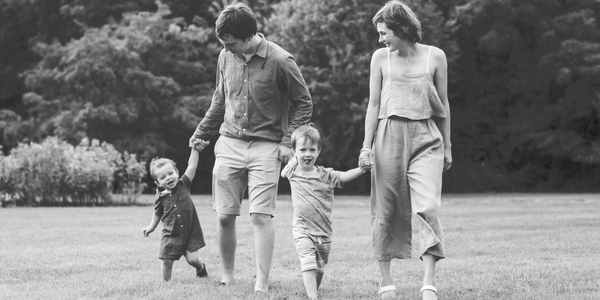 Motherhood doesn’t mean I need to homeschool and make a three-course organic meal every night in-between sewing my kids’ linen clothes (but I try!) – me, with all my imperfections, is the completely perfect person for these babies. It turns out I didn’t need to have a certain amount in my savings before I had a child, or reach a certain part of my career, or cross those bucket list trips off my list; a kid really just needs some love and a bed, Scott finished grad school while we brought up Clay, and, hey, babies fly free.

A few weeks ago, I thought for a hot, scary second I might be pregnant (I wasn’t). Like déjà vu, I panicked. What about our two bedroom house, already filled to the brim? And the fact that the second baby wasn’t even out of diapers yet and still sleeping in the crib? But as I got on my hands and knees to pray for wisdom, it came to me: I’ve done this, I am doing this, and I can do this. Through the Father, I am strong as a mother. 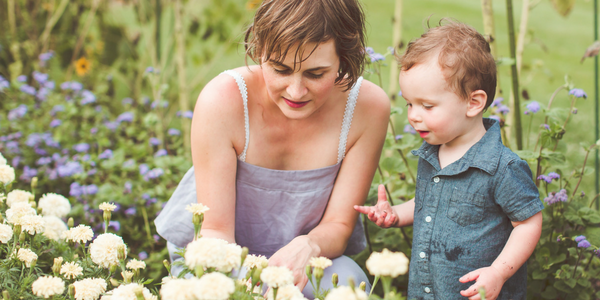 Research finds mothers are hardwired to love and protect their children. There actually is a maternal instinct brought on that moment you have a child. It’s not the easiest thing, I don’t always do it right, my life is far from Pinterest-worthy, and to this day I can’t for the life of me install a car seat correctly, but I was made for this.

If you could relate to Eleanor’s words or her post encouraged you, be sure to let her know! You can send her a message on Instagram and follow along with her family’s adventures: @laughingaboutthis.

New to this series?

Part One: Click here to read part one, written by Anna Trivits.

1 thought on “The Surprises of Motherhood: Part 4”

This site uses Akismet to reduce spam. Learn how your comment data is processed.